After a 169 year history of providing life insurance in Australia, AMP has announced it will quit the sector. In a deal valued at $3.3 billion AMP has agreed to sell its Australian life insurance business to UK based Resolution Life effective June 30. The complex deal involves AMP taking an ongoing stake in Resolution Life believed to be about 20%.

The sale announcement comes after revelations of AMP misconduct at the Royal Commission and the early resignation of AMP’s CEO Craig Meller.  Acting CEO Mike Wilkins stated the change to the business “was a major step forward in reshaping AMP as a simpler, more focused group”.

Unlike other recent sales in the Life insurance sector, the purchasing company Resolution Life does not intend to continue issuing new policies.  The focus of Resolution Life will be on the management of existing AMP policy holders.

While initially there will be no change to the current AMP product range on offer, there will be a phased closure of new business over time in Australia and New Zealand.  At this stage the AMP brand is expected to be retained on its life insurance products until at least 2020.

“For customers, there will there will be no change to their existing insurance policy terms or conditions,” said Mike Wilkins. “They will benefit from Resolution Life’s deep expertise in managing in-force insurance policies and its commitment to customer service.”

Resolution Life was founded by Clive Cowdery and is backed by a number pension and sovereign wealth funds. The UK based insurance and reinsurance group specializes in purchasing and managing legacy life insurance books and currently has an interest in 27 life insurance businesses around the world.

Following on from our recent report Banks vacate the Life Insurance Market as Overseas Insurers move in this announcement will lead to a further reduction in the Australian ownership of major Life insurance companies from 60.2% in 2015 to a projected 9.2% of market share in 2019.  The following charts show the dramatic change in ownership structure resulting from the current litany of acquisitions: 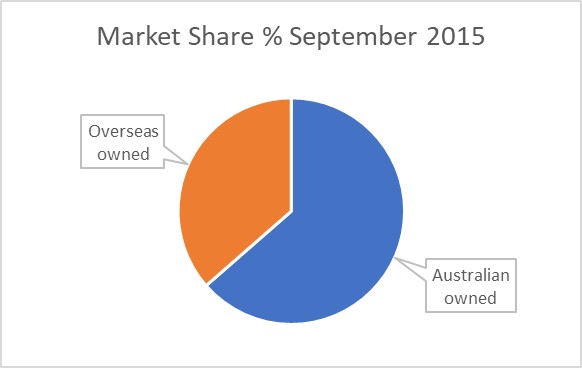 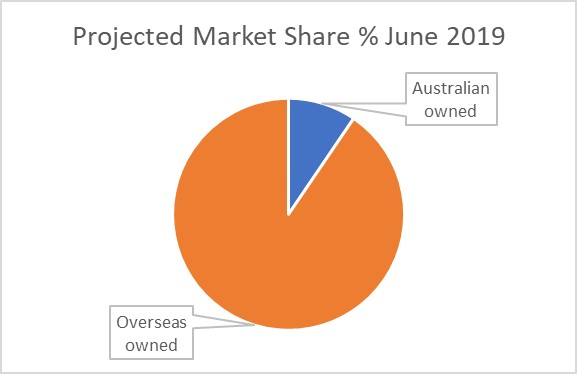 Market Share percentages are as reported by Plan for Life and are based on Premium Inflows (in force premiums plus single premiums for the period). For June 2015 the figures are as reported while projected market shares in June 2019 are calculated using June 2018 figures (released 15th October 2018) modified for acquisitions announced to date.

It is projected that by June 2019 overseas players will have majority ownership of 87.7% of major life insurance companies by market share. Over time the share accounted for by Resolution Life is likely to fall as they cease to issue new policies, however it is unknown whether new entrants to the life insurance market or existing dominant players will fill the vacuum left by AMP’s withdrawal.

Use our Life Insurance Companies Comparison to see who owns your insurance company and Customer Reviews to see how they rate. Check if the cover provided by your current policy is still competitive using Compare Quotes Online.